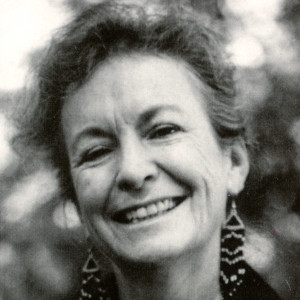 Mary Loomis (1929-2000) received her Ph.D. in Psychology from Wayne State University in 1980. In 1982 she began her private practice as a Jungian analyst. She was a faculty member of the Jung Institute of Chicago from 1983 until her death in 2000. From 1983-1987 she was a member of the Board of Trustees. She held membership in a number of professional associations, including the International Association of Analytical Psychologists and the Chicago Society for Jungian Analysts. Dr. Loomis played an active role in the Center for Jungian Studies of Detroit, as a member or as an officer of the organization.

Based on years of training in the Native American Sweet Medicine Sundance Teachings, Dr. Loomis developed a way to relate the Native American medicine wheel and Jungian Type concepts used in the Singer-Loomis Inventory of Personality. The result was her book, Dancing the Wheel of Psychological Types (1991).  She published several solely authored articles and several articles jointly authored with June Singer. In 1995 she published Her Father’s Daughter. Dr. Loomis did many workshops and made many presentations to various professional organizations.